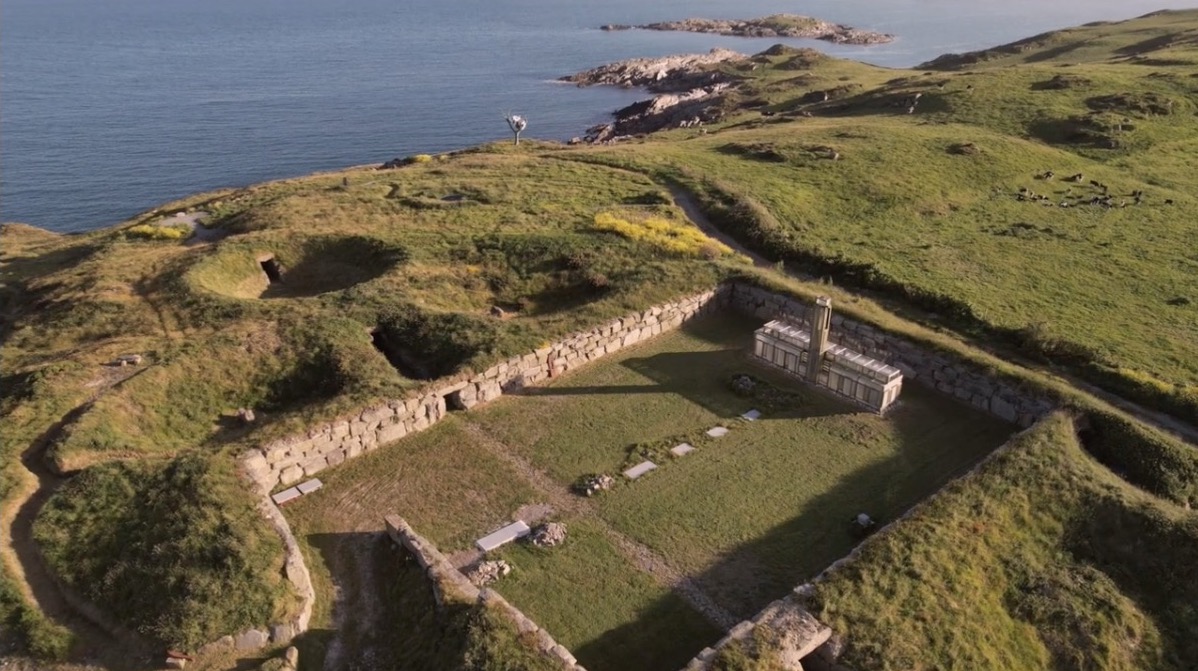 In 2009 my interest in the tragic history of South Reen encouraged me to attend a lecture by Art Historian Catherine Marshall at the West Cork Art Centre, titled Visualising the Unspeakable, An Unresolved Dilemma for Irish Artists. Marshall introduced her talk by stating that there was very little “fine or high art” depicting An Górta Mór. She set out the case that the establishment’s control over the artists was so great they self-censored. This particular history was not recorded by the fine artists of the British Empire, but left to the illustrated news sheets of the day.

Researching the art of the time, I visited the Tate Gallery in London. Inspecting its original collection donated by Henry Tate, I discovered that the benefactor’s sugary fortune was only possible due to the sale of a string of grocery shops in Liverpool. Tate’s first grocery store was in the Old Haymarket district, a short 18-minute walk from Clarence Dock, where over 1.3 million Irish transited during the horrors of An Górta Mor. Tate’s profits from the sale enabled him to buy into the sugar trade, whose success begat what is now ‘Tate Britain’. The Tate’s collection documents many great historical events, but not An Górta Mor.

Henry Tate’s family motto was ‘Thincke and Thancke’. Through it, I concluded that N. M. Cummins’ powerful letter should be placed in a room at the Tate. His words painted the picture the artist could not. Displaying the letter in an institution, which was built on the profits of a luxury food at a time when people needlessly starved, connects the various histories in a context which allows us to think about what happened, and to thank N. M. Cummins for his actions in recording it.

Through these dock gates passed most of the 1,300,000 Irish migrants who fled the Great Famine and ‘took the ship’ to Liverpool in the years 1845–52. 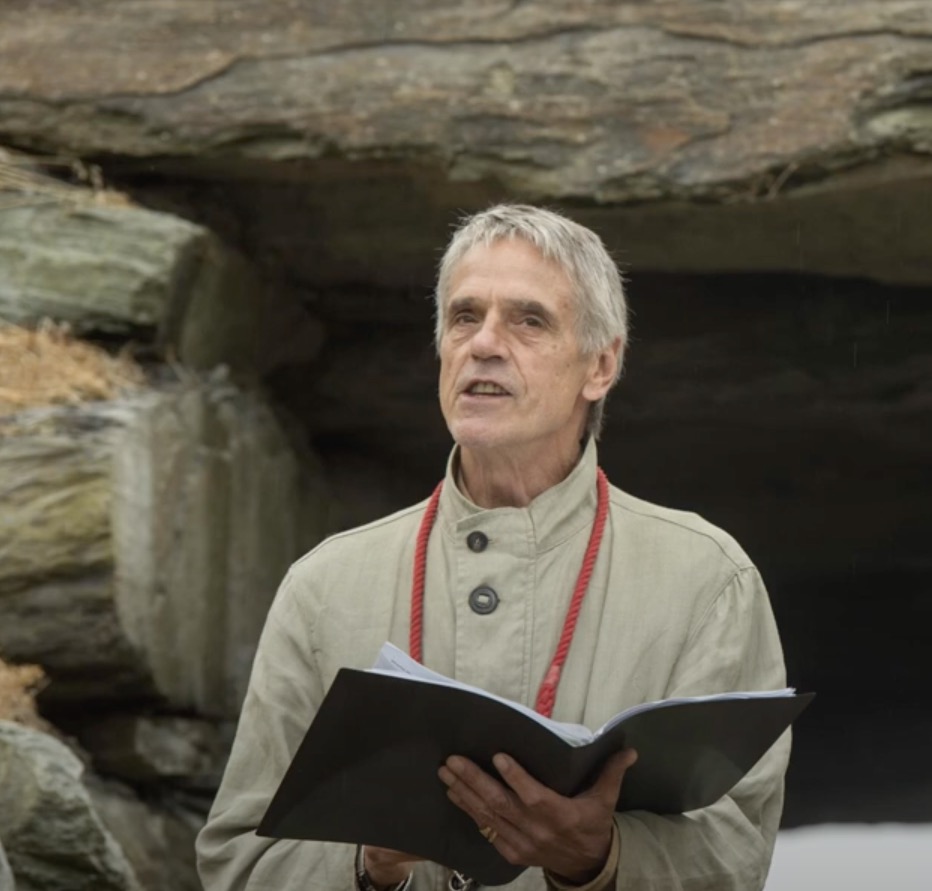 In August 2022, at the West Cork History Festival John Kelly presented this video on the Thincke & Thancke Garden that the artist has been creating for over a decade on the South Reen peninsula in West Cork, Ireland. The garden features the Nicholas Marshall Cummins letter, etched in Irish Limestone that was addressed to the Duke of Wellington and published in The Times on Christmas Eve 1846. The letter was a plea for aid to assist the starving inhabitants of the village which once occupied the land on which the garden sits during An Gorta Mór (The Great Hunger). The letter is encased in a glass simulacrum of the “Tate Modern” accompanied by the Quaker Phoenix ‘famine’ soup pot found on the property in 2003 when the artist purchased the property. This presentation features Sir Bob Geldof reading the N.M. Cummins’ letter, his personal response to the garden, and the horrific and tragic history that occurred where an entire village was wiped off the map. 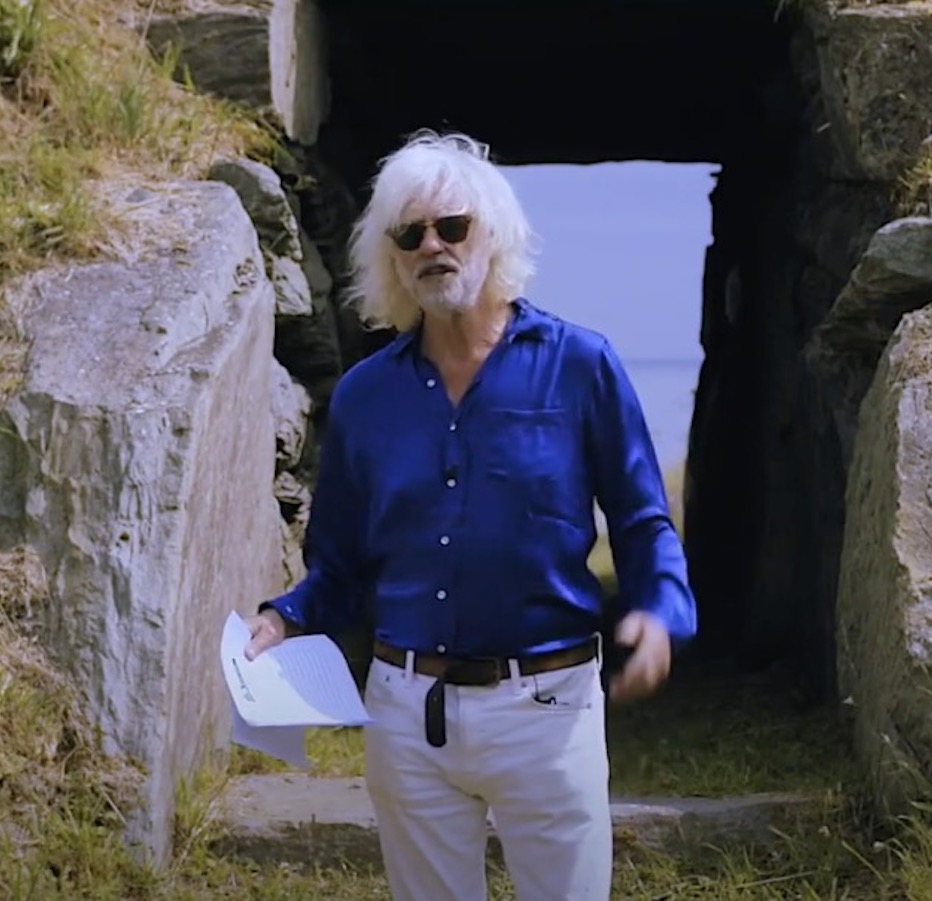 Prayer for the Potato Crop cropped

'The Garden Shed', from the Visual Artists' News Sheet, 2011